The Pension Schemes Act 2021 (PSA 2021) received Royal Assent on 11 February 2021.  Many of its provisions (including provisions relating to new notifiable events) are yet to be brought into force but that is expected to happen over the coming months alongside further regulatory guidance.

The PSA 2021 introduces a new section 69A of the Pensions Act 2004 which will require the "appropriate person" (broadly, the sponsoring employer or associated employer) to:

Providing the Pensions Regulator with information under section 69 and new section 69A “knowingly or recklessly” that is "false or misleading in a material particular" will be punishable by a fine or by imprisonment for up to two years.

An impact assessment provides that, initially, the following types of corporate transactions will be employer-related notifiable events:

The new financial penalties to be introduced under section 88A of the Pensions Act 2004 will apply on a failure to comply with the requirement to prepare an accompanying statement without "reasonable excuse". This includes a new civil penalty up to a maximum of £1 million.

The Corporate, Insolvency & Governance Act 2020 (CIGA) introduced some specific changes to take account of the challenges posed by COVID and also some permanent changes to the insolvency regime in the UK. As is often the case when new legislation is introduced quickly, it does not always fit neatly with other areas of law - pensions law being one of them. The aim of this new interim guidance from the PPF is to assist that integration.

CIGA requires engagement with the Pensions Regulator and the PPF where an eligible scheme employer is involved in a moratorium or a restructuring plan which are new processes introduced by the CIGA.  Although the evidence to date is that these processes have not been widely used, it is anticipated that demand is likely to increase as COVID restrictions are lifted. With this in mind, the guidance provides timely assistance to those who may become involved in a moratorium or restructuring plan.

Broadly, moratoriums are measures initiated by directors of a company which prevent action taken by creditors to recover debts. A moratorium lasts for an initial period of 20 days but can be extended. Where there is a moratorium in respect of a company with an eligible defined benefit pension scheme there is an obligation to notify the PPF. The PPF will then assume the rights of the trustees of the scheme to vote in respect of any extension of the initial period. Its rights in this respect as a creditor are calculated on the section 75 debt basis. It is worth noting that moratoriums are not insolvency events for the purposes of pension legislation and will not, by themselves, lead to the scheme going into an assessment period.

The PPF guidance notes that it is supportive of the moratorium regime but also suggests that the requirement that any moratorium is to assist the rescue of the Company as a going concern is a high bar. Similarly, notice and voting rights provisions apply in relation to restructuring plans which are similar to creditors voluntary arrangements. In addition, the guidance notes that it is an offence not to give notice to the PPF when required to do so.

The Pensions Administration Standards Association (PASA) has published guidance highlighting the tax considerations that schemes may need to take into account when adjusting benefits for the effects of unequal guaranteed minimum pensions (GMPs).

The guidance reviews the scope and applicability of the HMRC guidance that was issued discussing certain tax considerations relating to GMP equalisation. It also considers (amongst other things) the tax treatment of arrears and lump sum payments, tax protections (for example, enhanced protection) and provides an example template communication which can be used to send to members reminding them of the need to consider the tax effects of recalculated benefit crystallisation events.

The guidance does not, however, cover GMP conversion in any detail. The guidance recognises the ongoing uncertainty around the tax implications of conversion and states that no further guidance is expected from HMRC at this time. PASA will publish separate guidance on GMP conversion, including tax considerations, in due course. The current guidance can be found here.

Potential judicial review of the upcoming changes to the RPI

A group of pension scheme trustees are preparing to bring a challenge against the Government's decision to reform the RPI and align its inner workings with those of the CPIH in 2030. At the Government's own request, the trustees have sought (and been granted) an extension of time before launching the judicial review, thereby providing the Government additional time to prepare its defence. The deadline is now 7 April.

The challenge is to be launched by, amongst others, the trustees of the BT Pension Scheme, Ford Pension Schemes, and the Marks and Spencer Pension Scheme. We understand that those musing the potential challenge are not limited to pension scheme trustees and may now include banks and other institutions. They are concerned that the Government's decision will impact the value of RPI-linked assets that funds hold and that the change is being made without paying any compensation to those affected. The Trustee of the BT Pension Scheme has already indicated that, unless some compensation is made available, it stands to see an increase to the deficit in its scheme of c.£1 billion.

A statement from BT's website can be found here.

The outcome of this judicial review, if launched, has the potential to affect the outcome for other pension schemes in the country, and so this matter is worthy of being tracked as it develops. That said, until such time as a decision is available, schemes should continue to prepare for the upcoming changes to RPI to take effect from 2030.

The Employment Appeal Tribunal has dismissed an appeal by various Fire and Rescue Authorities (the Authorities) who argued that they should be able to rely on a defence to discrimination claims where the discriminatory pension scheme rules were contained in regulations.

This appeal followed a Court of Appeal decision, Secretary of State for the Home Department and others v Sargeant, which upheld claims by over 6,000 firefighters that there had been direct age discrimination in the implementation of reforms to firefighters' pension schemes. The reforms were made pursuant to regulations made under the Public Service Pensions Act 2013 (the Regulations). In this appeal, the Authorities argued that they were not responsible for making the Regulations and the defence in Schedule 22 applied, so the Authorities were not liable for the discrimination. The Authorities said the claimants were protected from the discrimination in any event since the claimants had made a successful claim against the Secretary of State and Welsh Ministers who had made the Regulations.

The Employment Appeal Tribunal held that the non-discrimination rule in Section 61 overrides provisions of an occupational pension scheme, even where those provisions are contained in a statutory instrument. This meant that the Authorities were not acting pursuant to a requirement of an enactment when they applied discriminatory provisions and, in doing so, they were contravening the Equality Act 2010.

This decision reconfirms the importance of Section 61 and is a reminder that simply following the rules of a pension scheme is not a defence to a discrimination claim.

In this case the Ombudsman was prevented from addressing Mr N’s indexation and AVC complaints because they were out of time.

Mr N complained that, in 1997, he had transferred his benefits based on the understanding that his pension would be increased annually by reference to RPI and not CPI. He also complained that the Trustees had not properly calculated his transferred-in Additional Voluntary Contributions (AVCs) and that the Trustees improperly refused to provide him with minutes of a meeting which he requested in a subject access request (SAR) in 2016 and 2017.

The RPI/CPI complaint involved misinformation or misstatement which also fell under a negligence claim and so this complaint was also statute barred and the Ombudsman was unable to provide a remedy.

The Adjudicator found that, in relation to the disclosure complaint, the trustees had improperly refused to provide Mr N with the requested information and that Mr N's SAR had been reasonable. The Adjudicator found that the trustees' refusal to comply constituted maladministration. However, the Ombudsman disagreed. He was satisfied the trustees did not have to disclose the requested information in Mr N's SAR as for the purposes of the Occupational and Personal Pension Schemes (Disclosure of Information) Regulations 2013 (the Disclosure Regulations).  These only required the disclosure of documents that would "supplement or alter in any way" the Plan’s deed or rules. The minutes of a trustees' meeting at which it was discussed how the trustees might choose to exercise their discretionary powers did not "supplement or alter" the Plan’s deed or rules.

It is helpful to trustees that the Ombudsman did not regard the Disclosure Regulations as giving members a right to see trustee minutes. However, be aware that the Ombudsman has previously found that, even though there is not a legal duty to do so, failure to disclose minutes can amount to maladministration. 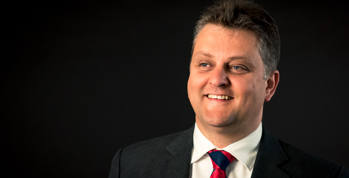