The Pension Schemes Bill is reintroduced

The Pension Schemes Bill 2019-20 was published in the House of Lords on 7 January 2020. It replaces the Bill that was published in October 2019 (mentioned in our November 2019 snapshot) and, whilst substantially the same, makes some minor changes.

Drafting changes have also been made to the Bill’s provisions relating to data protection legislation.

Scheme rules should be checked to see whether the death benefit provisions need to be amended so that they extend to opposite-sex civil partners. Amendments are unlikely to be required, particularly if the rules define civil partners by reference to the definition of “civil partners” in the CPA 2004. Nevertheless, it is worth checking.

What could prove to be more problematic is where benefits have previously been insured outside a scheme, perhaps as part of a scheme buy-out. Are opposite-sex civil partners covered by the policy terms and, if they are not, what can be done about it? The danger with doing nothing is that the scheme/trustees may be “on the hook” for uninsured and unfunded liabilities in the shape of survivors' benefits payable to opposite-sex civil partners.

Could PPF levies be on the rise?

Members whose schemes enter the Pension Protection Fund (PPF) are provided with benefits at the statutory PPF compensation levels. For members below their normal pension age when the scheme enters the PPF, this is usually 90% of their benefits subject to a compensation cap. This has seen some members receiving less than 50% of their original benefit. The PPF have had to rethink the level of compensation provided following the Hampshire decision, which held that members were entitled to at least half of their accrued pension benefits.

The recent Bauer decision has now suggested that the PPF must, in fact, protect benefits at a level higher than Hampshire had suggested.  This is likely to add an additional administrative and cost burden to the PPF, which could translate into increases to PPF levy charges.

The Advocate General’s opinion in the Bauer case caused some initial concern to the PPF by providing that “Article 8 [of the EU Insolvency Directive] imposes an obligation on Member States to protect all of the old-age benefits affected by an employer’s insolvency and not just part or a designated percentage of these benefits”. Whilst this case was a reference from the German courts, this would have had a substantial impact on the level of benefits members could be entitled to receive from the PPF and suggested the 50% level in Hampshire did not go far enough.

The CJEU has subsequently issued its opinion on the matter and, in what must be a relief to the PPF, has not followed the opinion of the Advocate General.  The CJEU noted that Member States have considerable latitude in determining the level of protection of employees’ pension entitlements and are not required to guarantee those entitlements in full. However, there is an obligation to provide a minimum degree of protection. Whilst not all losses have to be covered, the losses suffered cannot be “manifestly disproportionate”. The CJEU went on to state that:

“…a reduction in a former employee’s old-age benefits must be regarded as manifestly disproportionate where…a former employee who, as a result of the reduction, is living, or would have to live, below the at-risk-of-poverty threshold determined by Eurostat for the Member State concerned”.

What does this mean?

Time will tell how the PPF will implement this in practice and whether Brexit will have any impact. This is likely to result in a considerable administrative burden for the PPF and increased costs may also mean higher PPF levies in the future.  For more information please see our briefing on the topic.

The PPF is consulting on a new methodology for insolvency scores. Insolvency scores are a core constituent of any defined benefit scheme's PPF levy and the PPF intends to start applying the revised methodology to data collected through Dun & Bradstreet (D&B) from April 2020.

Key takeaways from the consultation document are as follows.

As we reported in our July 2019 and September 2019 editions of pensions snapshot, TPR consulted last year on four guides designed to support trustees in understanding and complying with new requirements to run competitive tenders for fiduciary management services and to set strategic objectives for investment consultants. The new requirements were imposed on trustees of occupational pension schemes (with certain limited exceptions) with effect from 10 December 2019 by the Competition and Market Authority’s Investment Consultancy and Fiduciary Management Market Investigation Order 2019 (CMA Order). A final form of the Occupational Pension Scheme (Governance and Registration) (Amendment) Regulations, which will bring these requirements into pensions law, is expected to be laid before Parliament early this year, to come into force on 6 April 2020.

TPR’s new guides (which may be amended to reflect the new Regulations once in force) are:

Start the clock – when does time start to run for a judge to bring a pensions claim?

The Supreme Court recently handed down judgment in Miller and other v Ministry of Justice.  This case concerned an issue of when time starts to run for a claim by a part-time judge for less favourable treatment under the Part-time workers (Prevention of Less Favourable Treatment) Regulations 2000 (the PTW Regs).

The judges in question claimed less favourable treatment because they had been excluded from the judicial pension scheme as a result of being part-time judges.  Their claims were, however, lodged within three months from the date of retirement as opposed to three months after the end of their final part-time appointment.  This meant that they were arguably out of time for bringing such claims.

Regulation 8(2) of the PTW Regs states that a complaint must be made within three months of the less favourable treatment or detriment to which the complaint relates or, where there is a series of failures or acts, the last of them. Where the unfavourable treatment arises as a result of a term in an employment contract, each day where that term in a contract is in force, is a detrimental or unfavourable act.

It was held that:

Accordingly, the judges’ complaint was upheld and they were in time for bringing a claim in respect of the unfavourable treatment relating to their pension. 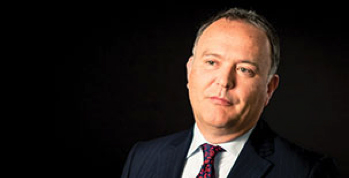