The Court of Appeal has handed down its judgment in the case of Safeway v Newton which confirms that the introduction of section 62 of the Pensions Act 1995 was sufficient to close the “Barber window” of the Safeway Pension Scheme retrospectively with effect from 1 January 1996. Section 62 (now superseded by section 67 of the Equality Act 2010) was intended to provide a domestic law framework for European law in relation to pension rights by introducing an “equal treatment rule” for all UK occupational pension schemes. The Court agreed that was the effect of section 62 and that, as a result, it introduced legally enforceable rights and remedies under domestic law that complied with European law.

This is a significant decision in relation to the equalisation of retirement dates in UK occupational pension schemes as it confirms, for the first time, that the introduction of section 62 made it possible for schemes which had not closed their “Barber window” on 1 January 1996 to close that window retrospectively from 1 January 1996. However, the judgment is of limited application and is only likely to be of assistance to a small number of pension schemes.

Corporate Insolvency and Governance Act 2020 is now in force

The Corporate Insolvency and Governance Act (CIGA) received Royal Assent on 25 June 2020. CIGA went through the Committee Stage in the House of Lords extremely quickly despite the various criticisms and concerns which had been raised by the pension industry. You can see our previous alert on CIGA when it was still a Bill here.

CIGA introduces a moratorium procedure whereby a company can seek relief of up to 40 days from any enforcement action by creditors. A specific concern raised at the Committee Stage was that banking and finance debt could be prioritised over a pension scheme trustees’ demand for payment of deficit repair contributions if a company went insolvent within 12 weeks of the moratorium ending. Added to this was the fact that the moratorium did not in and of itself trigger a PPF assessment period which meant that the PPF would not have a ‘seat at the table’ in any consequent restructuring. The legislation was amended in light of these concerns and now addresses the issues to some extent.

First, banks and lending institutions will still be allowed to accelerate debt during the moratorium but this will not necessarily acquire the status of ‘super priority’ in a subsequent insolvency. However, there still remains the issue that deficit repair contributions to a pension scheme would not be afforded the same level of priority as debts in respect of which there is no ‘payment holiday’ during the moratorium. The legislation was also amended to provide that the PPF and the Pensions Regulator should receive the same notifications and information as the scheme trustees and other creditors to address concerns that the PPF and the Pensions Regulator were being bypassed.

The speed at which CIGA went through Parliament potentially does not bode well, particularly given the criticism levelled at it during the Committee Stage. It remains to be seen how the implementation of CIGA plays out in practice.

Ms N was a deferred member of the Communication Managers' Association Retirement Benefits Scheme (the Scheme). AEEU Pensions Trustee Ltd (APTL) was the sole corporate trustee. The benefits were provided under a policy held with Phoenix Life (Phoenix).

Over the years, various transfers and amalgamations occurred. A deed was executed in February 2013 between Unite the Union (Unite) and APTL appointing Unite as the principal employer of the Scheme (the 2013 Deed).

Ms N asked Phoenix to transfer her pension benefits to her new employer’s scheme (a defined benefit scheme). Phoenix questioned the validity of the 2013 Deed. Phoenix considered that APTL was not a legitimate trustee of the Scheme and therefore refused to carry out the transfer without a court order rectifying the past “mistakes”.

Ms N subsequently complained to the Pensions Ombudsman arguing that Unite had the legal power to execute the 2013 Deed. Ms N argued that the combined legal effect of the amalgamation instruments and provisions of the Trade Union and Labour Relations (Consolidation) Act 1992 (the 1992 Act) vested the original principal employer’s powers in Unite, meaning Unite was the principal employer of the Scheme.

The Deputy Pensions Ombudsman upheld Ms N’s complaint. She acknowledged there was no requirement for the substitution of the principal employer to be documented and that it was reasonable for the trustees to be satisfied with the arrangements. The Ombudsman concluded that Phoenix had misinterpreted the 1977 Scheme Rules and had no grounds to prevent a transfer of Ms N’s benefits. The Deputy Ombudsman also pointed out that, since the 1977 Scheme Rules did not stipulate a maximum limit on the number of trustees the Scheme could have, APTL's appointment was effective, irrespective of whether the Scheme's previous trustees had been validly removed under deeds executed before the 2013 Deed.

Phoenix was directed to obtain the necessary discharge of liability to proceed with Ms N’s transfer request. Phoenix was also instructed to pay the higher value between Ms N’s current surrender value and that as at 3 June 2013 (when she originally made the request). Phoenix was also ordered to pay Ms N £2,000 for the severe distress and inconvenience caused by the transfer delay.

The Pensions Dashboards Programme (PDP) was set up by The Money and Pensions Service. It has recently issued a “Call for Input” on two working papers it published back in April 2020 on data standards for pensions dashboards. It is seeking input from consumer advocates, pension providers and schemes and other parties with an interest in pensions dashboards. The PDP had originally intended to seek input on this in April 2020 but chose to delay this due to the impact of the COVID-19 pandemic.

To provide some background, the data standards will set out the data which pension providers and schemes will be required to show their customers and members via dashboards, and the format in which the data will have to be supplied. They will include data items that:

Under proposed new duties contained in the Pension Schemes Bill, pension providers and schemes will be required to make this information available to people when they request it via their chosen dashboard.

The two working papers address data scope and data definitions. These cover the breadth of coverage for individuals (i.e. preferences for what pensions dashboards should display for individuals) and the depth of information dashboards could show.

The working papers can be found here and, if you wish to provide your input, the deadline for doing so is 31 August 2020.

Mr N had changed employment several times over his career and had consecutive periods of membership in contracted-out pension schemes with several different employers. Mr N had been a member of the Clydesdale Bank Pension Scheme between April 1975 and March 1986 but, on contacting the scheme to ask about his benefits, he was told he was no longer a member. HMRC’s GMP records suggested that Mr N had transferred his benefits to his next employer’s scheme, the Bradford & Bingley Pension Scheme.

Missing data is a common issue for lots of schemes and the approach taken by the Deputy Pensions Ombudsman in this case could offer a pragmatic solution to similar issues faced by other schemes where records have been lost. 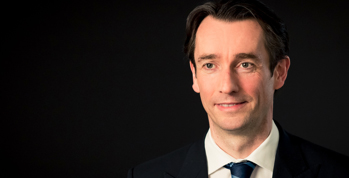