Pensions analysis: The Pensions Regulator (TPR) has launched a consultation on changes to its Code of Practice 12 following the introduction, by the Pension Schemes Act 2021 (PSA 2021), of new tests in relation to its Contribution Notice (CN) power. Stephen Richards and Chris Edwards-Earl comment on TPR’s consultation.

What is the background to the consultation?

TPR wields so-called ‘moral hazard’ powers to compel targets to provide support or to pay money towards an underfunded pension scheme, thereby decreasing the chance that the Pension Protection Fund will have to assume responsibility for the scheme. TPR has faced difficulties in the past with exercising these powers and been criticised for where it has not acted fast enough (eg Carillion).

Under the PSA 2021 (which amended the Pensions Act 2004), TPR now has greater scope to issue CNs (requiring money be paid into a scheme), with additional statutory triggers which, when activated, will mean that TPR can take action. These are the new ‘employer insolvency’ (section 38C) and ‘employer resources’ (section 38E) tests. Broadly speaking, the former looks at the employer’s balance sheet and the latter looks at the employer’s profitability. The definition of ‘employer resources’ and how they will be determined has been subject to a consultation by the Department for Work and Pensions (DWP). The new tests are in addition to the existing ‘main purpose’ and ‘material detriment’ tests.

These new tests should allow TPR to take action in a more efficient manner than before, potentially in more circumstances. It is in this context that TPR has now gone on to publish a revised policy for how it intends to exercise its powers to issue CNs once the powers come into force later in 2021.

What is being proposed and why? What are the key changes to the draft code?

The draft Code of Practice 12 sets out circumstances which could result in TPR issuing a CN (once a test has been met) including:

The code goes on to set out some examples of behaviour and to categorise these by whether or not TPR would consider itself compelled to intervene (note that the list in the code is longer and more detailed).

The following behaviour would not normally be considered as compelling an intervention:

On the other hand, the following examples are included in TPR’s list of circumstances where it would consider it reasonable to intervene:

What are the implications for pension schemes?

Underpinning these examples is a general requirement for TPR to be satisfied that in the circumstances it is reasonable to act. TPR has been careful to not ‘fetter its discretion’—the guidance is indicative, non-exhaustive and each case will be considered on its own facts. The examples are not intended to be treated as precedents and, in many cases, are not surprising.

That said, as the pensions industry has been calling for additional guidance as to how the regime will operate, the consultation on the new code provides some limited comfort. It may yet be useful when engaging TPR as to whether a case/target should in fact be the target of a CN. The examples also underline the importance that TPR will place on early engagement with trustees and putting mitigation in place to avoid the pension scheme suffering through the corporate activity.

The new code deals mainly with the binary question of whether TPR considers that it will take action or not, but there is little guidance available as to the question of how much CNs will/should be for (in proportion to the employer/scheme) when TPR does issue them. It will be interesting to see to what extent TPR provides further guidance on this in the future and what case reports are published recording the number and level of CNs issued under the new regime.

The new code is open for consultation responses until 7 July 2021. It has been commented recently that with the number of consultations which have been issued by TPR and the DWP recently that there is some ‘fatigue’ in the industry with trying to respond to them, so it will be interesting to see how many responses are received.

This article was first published in LexisNexis (June 2021) and is also available here. 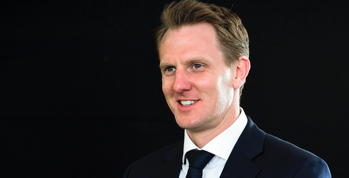